Skip to content
View cart “Siamsnus Peppermint White” has been added to your cart. 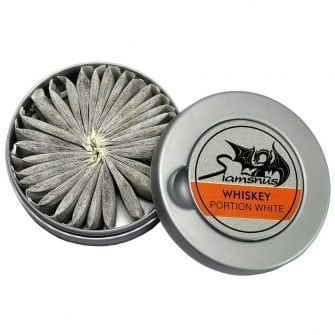 Siamsnus Whiskey White is a good and fresh portion Snus ​​for those who want a Snus that runs a little less.

Siamsnus Whiskey White tastes like our Siamsnus Whiskey Portion, except that it is slightly weaker in taste and runs a little bit less. This is a perfect Pouch Snus for those who appreciate a Snus that does not run quite as much as normal Pouch Snus.

Siamsnus Whiskey White also has the advantage that it keeps the flavor much longer than conventional pouch Snus.

As our other Snus in the Whiskey-series, this Snus is flavored with real Whiskey, not any cheap extracts who gives a fresh and Smokey flavor that match the Tobacco flavor perfectly.

Siamsnus Whiskey White is delivered in an exclusive box that contains 30 pouches of approximately 1.2 grams of Snus in each pouch.

Rated 4.55 out of 5
199 ฿ inc. Vat
Add to cart
This website uses cookies to improve your experience. We'll assume you're ok with this, but you can opt-out if you wish.
More info Accept